Thank you for your interest


Payments can be made in favor of
MarkStra
MCB 12567805
Curacao
Posted by MarkStra Caribbean at 5:02 PM No comments:


She has lectured and published extensively on strategy, marketing, management and global business issues, both locally and elsewhere in the region. Selling knowledge services and innovation across borders holds her particular interest.


Ms. La Cruz holds an MBA degree from the Wharton School at the University of Pennsylvania and a BSBA degree from Boston University. Ms. La Cruz is a Burke Certified focus group moderator, a board member of the Curacao Chamber of Commerce and Industry, former president of the Hospitality Sales and Marketing Association International Curacao.

Mirto Murray, esq., has practiced law in the Dutch Caribbean and Surinam for the past 15 years, using Curacao as base, most recently as partner of SMS Attorneys. Early in his career he served  as Vice-President and then President of the Curacao Bar Association. His law degree is from the University of Amsterdam.

He has served on numerous important committees and board, often related to legal issues in the Dutch Caribbean and Surinam. He has been the trustee for the bankruptcy for  the Dutch Caribbean Airlines N.V. and an observer on behalf of the Curacao Minister of Justice to the trials related to the "Decembermoorden" in Surinam.

He is a prolific writer, whose work has often been published in legal and scientific publications, as well as local newspapers. His most recent publication is the "Two Masters" written with Karel Frielink, esq.

Mr. Murray, who hails from Surinam, has also lectured law to numerous full-and part-time students in Curacao and has made many media appearances to speak on legal issues.

is the CEO of IBIS Management Associates Inc. the leading international banking consulting and technology company in the Caribbean and .  IBIS Management helps major banks in more than 25 countries to become "profitably efficient" in their operations.

Clark founded IBIS Management Associates Inc. back in 2001, as an advisor and provider of Straight Through Processing solutions for the international banking sector. IBIS Management is the creator of the award winning Alchemy Payment Processing suite of products that provide Internet Banking, Mobile Banking and a back office payment processing infrastructure for banks. Banks that use the Alchemy solution transform their manually driven back-office departments into highly efficient and fast paced operations with increased profitability.

After completing his Engineering studies, Clark began his career in the where he joined the international systems department of the ABN AMRO Bank in .  In this role, he laid down the initial blue prints for the Global Access Network of the Bank, a proprietary integrated communications network connecting all world wide ABN AMRO Branches. He went on to hold Sr. positions in the Bank where he played leading roles in the creation of regional ATM and POS payment processing networks for the Bank in the Caribbean region over a six year period.

In 1998 Clark continued his career at PriceWaterhouseCoopers as a Sr. Management Consultant, where he was involved in implementing cost management models at major national telecommunication companies in countries such as the , , and his native Dutch Antilles.

Clark and IBIS Management associates are members of the International Financial Services Association (IFSA), the Caribbean Association of Indigenous Banks (CAIB), SWIFT, and actively provide thought leadership and best practice to leading Central, Private and Commercial Banks.  Clark and IBIS Management are constantly at the forefront of leading innovative projects in banking technology while at the same time making contributions to the local and regional community through the Banks-4-kids charity foundation.

Clark is a native of the lovely island of Curacao in the Dutch Caribbean, is married and the father of three sons and a passionate sailor.

Posted by MarkStra Caribbean at 10:03 AM No comments:

300pm-315pm Mirto Murray, Partner SMS Attorneys,
as interviewed by Karyl Bertrand, lawyer, SBA Advocaten
on his experience in marketing himself and his firm as a lawyer

A mystery shopping program enables companies to measure the quality of their service and therefore the satisfaction of their customers. Read more about Mystery Shopping.

Mystery shoppers pose as anonymous customers and go to assigned stores on assigned dates and carry out an assigned transaction. Thereafter they fill in an evaluation form which is sent to the MarkStra's client. Shoppers are reimbursed for the expense (of buying something) and/or receive a fee.

Mystery shopping is also referred to as secret shopper or shop audit.

Because of our increased load we are now looking for mystery shoppers. We are looking for serious, responsible people with a cellphone and internet access. If interested please fill out Mystery Shopper Application and we will get back to you via email.

Posted by MarkStra Caribbean at 10:18 PM No comments:

Support from the Curacao Chamber of Commerce and Industry

We are grateful for the support of Curacao Chamber of Commerce and Industry for Rainmaking Curacao 2011 on September 27, 2011.


Register for Rainmaking Curacao 2011
Posted by MarkStra Caribbean at 5:32 PM No comments:

Why a B2B Business Development (Marketing) Seminar in Curacao?

With more than 120 participants, our B2C Seminar Reaching Curacao 2010 of May 2010 exceeded expectations. Soon afterwards people started asking us about a B2B Seminar which discussed business development/marketing tools that were effective in Curacao's small market.


Some of the specific challenges in a small market are:

These are the questions we seek to address in Rainmaking Curacao 2011. 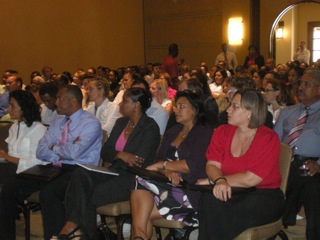 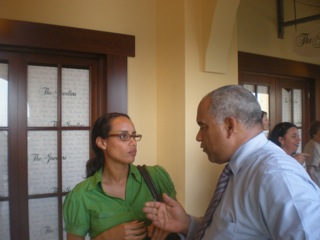 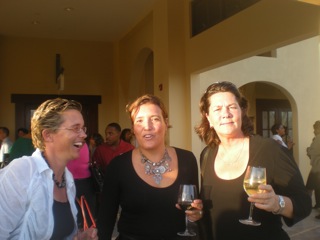 Posted by MarkStra Caribbean at 5:21 PM No comments:

What does "Rainmaking" in Rainmaking Curacao 2011 refer to?


Rainmaker : An employee who creates a significant amount of business for a company, often used in the context of law or financial services firms, but increasingly so for other B2B service firms.


Since there have been many books, seminars and blogs carrying this title, including The Art of Rainmaking by Guy Kawasaki, perhaps best known as the former chief evangelist of Apple.


So, let's get to some rainmaking in Curacao and internationally in Rainmaking Curacao 2011, Tuesday September 27 starting at 2pm at the Renaissance in Curacao.

Posted by MarkStra Caribbean at 4:55 PM No comments:

Is your goal to:
·         Start a business development (marketing) program that you can maintain?
·         Differentiate yourself from your colleagues to get more business?
·         Have your associates bring in more revenues?
·         Re-package (innovate) your services  for more revenue?
·         Get some inspiration and share experiences?

You will leave Rainmaking Curaçao 2011 with:
·         Marketing tips and techniques from which you can choose based on your strengths and resources
·         Parties who can help you implement the marketing actions under our guidance
·         Strategic moves to consider to specialize, innovate, or carve out a niche locally or internationally
·         Real life examples of local B2B providers who have done the same

Join us!
Posted by MarkStra Caribbean at 4:51 PM No comments: 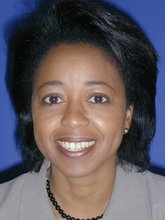